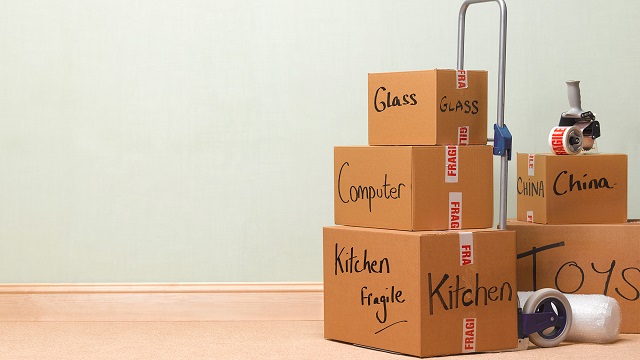 Tricks for Dealing With Bad Neighbors

Interacting with your neighbors can be a blessing or a curse, particularly when you’re first moving into a new home. Imagine that you’ve spent months finding the perfect townhouse. The movers recently finished delivering your most coveted possessions and you’re finally ready to begin your life anew: new house, new environment, new you. But right when you flop down onto the couch to marathon Netflix and enjoy a couple of cold brews, the doorbell chimes and shatters your momentary bliss. Waiting with a puppy dog grin on the porch is your new neighbor, Ned, and he really wants to be your friend. But Ned doesn’t just want to be your friend; he wants to be everybody’s friend. While Ned isn’t a traditional neighbor from hell, he has his own special spot on Dante’s seven levels of moving nightmares.

Ned can be any pesky neighbor who doesn’t want to give you peace and quiet. His or her name doesn’t matter; we’ll be calling him Ned after Ned Flanders, the Simpsons character that drives Homer up the creek without a paddle.

The good news is that Ned isn’t going to let his lawn fester with junk, play ear-shattering death metal at random times in the night, or forget to close his blinds while strutting nude throughout his pristine home.

The bad news is that Ned will try to insert himself into every facet of your personal life. But don’t fret too much. A nosey goody-good neighbor won’t ruin your life restart. Just follow these tips on how to deal with your new “best friend” who has the audacity to call himself your “friend.” If you feel like unequivocally being uninterested in chatting with Ned, embrace that. He’s giving you a distinct lack of privacy by waiting on your porch to probe you about how your day went, so here is a tip: don’t engage with him. Reacting with friendliness only beckons more friendly behaviors from him. It’s positive reinforcement. If you want Ned to go away, then you could give him the cold shoulder or flat out tell him to leave you alone. But if you’d rather not be rude about it, then that takes some subtly.

What Does Ned Dislike?

The subtly happens in two forms: making yourself an unappealing friend to have, and letting Ned know that you’re too busy, tired or troubled to put up with his shenanigans. Your objective for the first few encounters with Ned is to discover what he doesn’t like to talk about. Once you have that information, keep bringing it up in subtle ways. Oh, Ned doesn’t like cats? That’s great. You’re suddenly thinking of adopting a couple. Oh, Ned doesn’t like IPAs? Too bad for him IPAs happen to be the only beer in your fridge when he stops by. If you’re not looking to be rude to Ned, then do your best to approach him  in a friendly manner, but make sure you’re unappealing for him to be around.

Everybody has that “friend” who comes over to help you do something, but ends up talking to you the entire time and eating your food. You normally hate inviting that person over, right? Be that person; at least around Ned. Offer to help him with some yard work, but don’t actually help. Is it a jerk move? Absolutely. But it’ll almost guarantee that he’ll steer clear of you.

Five Ways To Add A Unique Style To Your Home

5 Tips for Choosing a Realtor

4 Things Your Tile Installer Must Do to Ensure Best Results

Top 5 Vital Tips To Revamp Your Interior Design To Improve The Aesthetics.