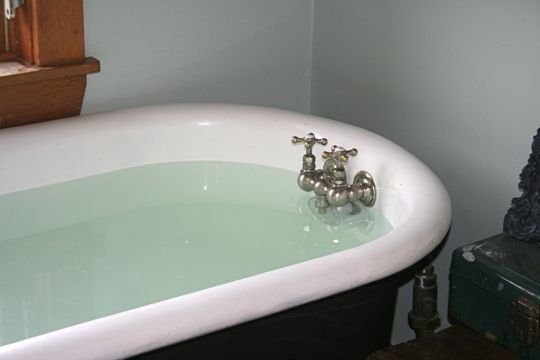 Make water savings in the bathroom

The bathroom is the room in the house par excellence where the water is flowing. And there is of course nothing wrong with that. Who does not like to enjoy a warm bath or a long shower? But it is still worth keeping an eye on water consumption, moreover if several people use the bathroom. Fortunately, there are ways to save water. And they do has advantages for both the environment and your wallet. These figures are staggering
Our average water consumption is 110 liters per day per person. With a passage under the “normal” shower, you use 40 to 55 gallons of water. Bathtub holds up to 150 liters. When we wash our teeth, we lose 1 to 2 liters of water. And with the flush, it is still 9-12 liters are swallowed several times a day. The numbers do not lie: to be attentive to its water consumption is in any case a good thing. The next step is to find solutions to curb waste and to save water.
Useful Tips for saving water
For starters, you can use the rainwater to flush your toilet. A rain water pump will save you a tidy sum after a while. But there are other tricks to reduce its water consumption: do not let the water run while brushing your teeth and take a shower instead of a bath. Also avoid leaking taps as a leaky faucet wastes about 35 m 3 of water per year, making a total of 110 Dollars per year.
A knob economic shower and mixer

A saving shower head allows for 40 to 50% savings in water and leaves and pour half the water than ordinary tap. Economic showerheads operate through an ingenious system that mixes water and air and lets in tiny bubbles around the head. On the other hand, it is better also install a mixer rather than a tap handles (one for hot and one for cold). Indeed, the latter requires more time before giving you water at the right temperature. In addition, with a mixer, you need less energy to heat water.

The Three Major Problems in The Home Interior

Is the Cost of a Walk-In Tub Tax Deductible?

Things to keep in mind during your kitchen and bathroom renovations

Essential Improvements to Consider for Your Bathroom Remodel

How Remodeling Your Bathroom Can Increase Home Value