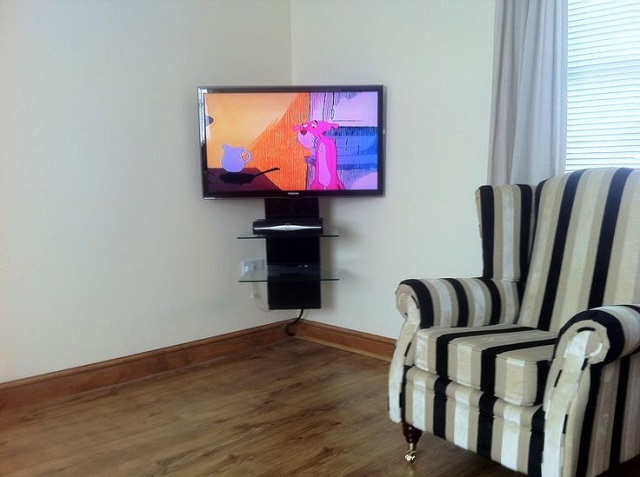 Should You Mount Your TV on the Wall

Flat-screen TVs have become the common choice nowadays. The television is one of the most important inventions of all time. It allows people to receive video and audio through open channels. Basically, the television has an encoder and decoder through which it receives and translates signals. In the past, cathode ray tube televisions were mainly used. Almost everybody has seen a cathode ray tube television or monitor. They were big and bulky, and they didn’t offer a very high resolution either. However, with the passage of time, companies began to switch over to streamlined display panels that were not only sleeker, but also offered better video resolution and a faster refresh rate. Today, CRT televisions have all but gone out of the market. Flat screen TVs have become tremendously popular in the past, making it easy for people to purchase a large-sized screen for a pretty nominal price. However, one of the problems that most buyers face after bringing their flat-screen TV home is where to keep it. While most companies also provide a stand and a wall mounting system along with the TV, it’s up to you to decide whether you’d like to hang the TV on a wall or keep it on a console. TV wall mounting is a better choice as compared to keeping it on a flat surface. Here are a few reasons why.

As mentioned above, companies are constantly in pursuit of producing the thinnest television sets in the market. Major corporations, such as Samsung and LG, have been constantly trying to outdo each other in this field. Most flat screen television sets are pretty thin, and have a standard base. If you apply a little bit of force against the television screen from an angle, the whole screen is likely to topple over.

If you have a TV with a size of anywhere between 40” to 55” or higher, you should definitely consider mounting it on a wall. The wall mount is firmly screwed in the walls to mitigate the risks of falling. In case you accidentally brush your elbow against the television, you won’t have to worry about the whole thing toppling over.

Larger TVs can be mounted right in the middle of the room to make sure that all viewers get to see to the video in the best possible manner. If you consult the owner’s manual that came with your television, you will notice that it provides information regarding the optimal viewing angle to get the best experience. Some TVs have a higher viewing angle, which means that people can view them from the sides without having to see washed out colours.

Watching the TV from an optimal angle is also safer for many other reasons. It reduces the risk of a neck sprain and also minimises the impact on your eyes, thus making it an excellent choice for homeowners. You can easily mount the TV on the walls on your own if you have the right tools.

5 Benefits of Air Ducting Cleaning for Your Business

The Advantages of Wool Carpeting

How to find the right elevator smoke curtain installers

The Recent Trend in Home Interior Designing- The Barn Doors