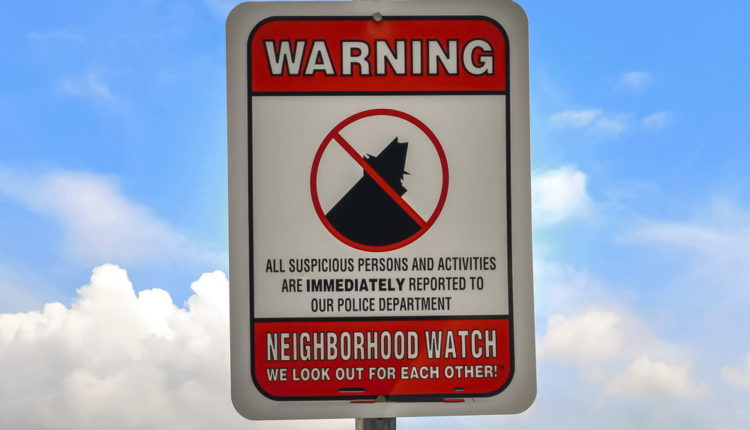 What we now commonly refer to as neighborhood watch was birthed in the United States back in the 1960s. After an especially brutal rape and murder in Brooklyn, police began organizing neighbors to help them combat burglary, theft, etc. Today, neighborhood watch is alive and well – both in terms of officially recognized groups and unofficial groups of neighbors who look out for one another.

Municipal police and sheriffs’ departments alike appreciate when the community gets involved. Communities that make a point of keeping an eye on things can help police solve crimes much faster. In some cases, their mere presence can deter criminals.

Unfortunately, it took a terrible crime in New York to encourage the implementation of neighborhood watch programs pairing local communities with police departments. Perhaps there is comfort in knowing that numerous other crimes have been prevented by watchful communities.

Police in Oregon, Ohio recently had the pleasure of arresting a porch pirate after an entire neighborhood came together. The case began as a normal case involving a woman who had a package stolen from her while she was at work.

News reports say the victim’s home security system alerted her to someone approaching her front door. As she watched the video feed, she observed him knock. A lack of response led to the man bending over, grabbing a package, and taking off. The package contained a pool pump the victim had been waiting for.

Fortunately, the victim didn’t stand by and do nothing. First, she contacted the police. Next, she went online and began informing her community through a Facebook page they all utilized. Within a short time, the word was out. So was video footage. Some users of the Facebook page were able to identify the thief and give his name to police.

Police used that information to arrest the thief within hours of his crime. The victim got her pool pump and that was that. All that remains is to prosecute the thief and, if successful, sentence him to an appropriate punishment.

The mere fact that this particular community was so diligent to pass on information broke the case wide open. It is always good when communities pay attention and communicate. But what really helped this case along was the victim’s home security system. It provided the evidence necessary to identify and arrest the perpetrator.

A good entry-level security system will include at least one video camera along with window and door sensors. Additional cameras are helpful, as is a video doorbell with built-in audio capabilities. Electronic door locks and motion-sensitive lighting are worth adding to a base package if you can afford them.

Get Involved with Your Community

The Oregon, Ohio community that helped catch a porch pirate came together outside of the scope of an official neighborhood watch program. Such programs are good, and you might want to consider getting involved if your neighborhood has one. But just the act of getting to know your neighbors and regularly communicating with them can be a tremendous help.

Criminals will continue to do what they do as long as we allow it. One of our best weapons for fighting them is joining together to pay attention and report. When communities help, police are able to solve crimes more quickly.

Moving Alone or Hiring Help: The Pros and Cons When Moving House

Maintenance of Tree Grates – Why Is It Important

Why your Circuit Breaker keeps tripping

Top Things To Add To Your Home Fire Safety Checklist

A Guide to Domestic Burglar Alarms

Keeping Track of Who’s in and Who’s Out