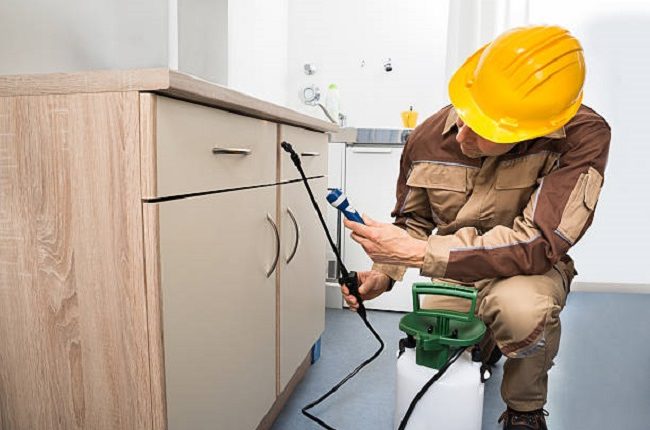 Pests have that name for a reason: they eat our crops, destroy our livelihood—and they pester us. Whether they’re weeds, insects, or rodents, pests have been a perpetual source of anger and frustration for farmers around the world.

The traditional method of dealing with these pests is through the use of pesticide agents. For the most part, these chemical pesticides are effective in the battle against pests.On the other hand, pesticides also have their disadvantages, as they aren’t entirely foolproof. For example, we may inadvertently kill organisms that are actually good for the environment and for our farms. In addition, if used incorrectly, these chemical agents can also become pollutants in our air and water.Finally, a pest could eventually develop resistance to a particular chemical, rendering that specific pesticide less effective in dealing with future infestations.

This is why some farmers are choosing to employ not just pesticides but also other methods of pest control to make their approach more holistic and more integrated. Some of these proven methods include mechanical pest control (trapping and handpicking pests), crop rotation (effective for depriving pests of their preferred food source), trap cropping (the use of plants that attract pests away from valuable crops), and biological pest control.

The last of the techniques mentioned above—biological pest control—is a method that has attracted the attention of many farmers in recent years.In many cases, biological pest control emerges as a viable alternative or as an effective supplement to chemical-based pest control, and it works by pittingthe pests’natural enemies against them. The method makes use of a particular organism—typically a predator, a parasite, or one that causes a disease—to attack the harmful organisms that destroy crops. In this article, we’ll fill you in on some of the reasons why biological pest control should be something you should consider when farming.

Though employing biological pest control requires an initial investment in studying and testing the method, there is a long-term financial advantage for growers since it could lessen their dependence on pesticides and associated equipment. As per a report by the University of California, Riverside, there is “abundant empirical evidence (that) shows that biological pest control, as practiced by professionals, is among the most cost-effective methods of pest control.”

Researchers have discovered that once natural enemies have achieved dispersal and establishment in an environment, growers often incur no further costs besides the few hundred or thousand dollars that they have to shell out in the beginning for acquiring entomophagous or parasitic species.

It can protect entire species and ecosystems

For the most part, biological pest control is governed by the relationship between the prey and the predator or parasite. Through this dynamic, only those two organisms are affected, leaving neighboring species safe from harm.

In many cases, if inappropriate pesticides were to be used in this environment, the health and safety of many other living organisms in the vicinity could become compromised. One good historical illustration of this problem was the subsequent emergence of the rice brown plant hopper (Nilaparavatalugens) as a powerful secondary pest in many areas of Southeast Asia during the 1960s due to the widespread prophylactic use of DDT and other pesticides. With their natural enemies annihilated and the primary target pests destroyed, the hardy rice brown plant hopper became an even bigger problem for many farmers in the region. These days, thanks to the development of pesticide formulations that have little or no effect on non-target organisms, pesticides can be used more safely in many applications.

Another advantage of biological pest control is that it can help maintain balance within particular ecosystems. Specifically, the presence of too many pests might overwhelm the other organisms sharing the environment. As a result, controlling the pest population can help restore the natural balance needed to sustain a healthy ecosystem.

Nevertheless, it is worth nothing that biological pest control method has also been challenged on the basis of potential negative impact on native organisms. For instance, an introduced predator or parasite may affect not just the species it is originally meant to target but also other species that are important in the ecosystem in which these natural enemies are introduced. However, it is largely accepted that when natural enemies are introduced according to restrictions set up by regulatory agencies, they should pose no risk to the existing flora and fauna.

These days, according to the Food and Agriculture Organization of the United Nations, most developed countries have moved on to ban the older types of pesticides that are very toxic, bioaccumulating, and environmentally persistent, which include DDT among others. At present, pesticides that are usedin the developed world degrade faster in the environment and pose less risk to non-target organisms.Forward-looking farmers even incorporate technologies such as aerial spectral imaging for pest problem detection to accurately identify areas of their farms that are being impacted by pests. Then use the data gained from the images to devise an optimum plan of attack against the pests, which can be dealt with on a more granular and accurate basis using the right kind of pesticides.

However, because older pesticides tend to be the cheapest to produce, they do continue to be a cause for concern in many developing countries, which maintain that they can’t afford to ban some of these older pesticides. Moreover, the inadequate storage and improper distribution of pesticides in some areas continue to cause pollution—particularly water pollution—even in countries like the United States. According to the EPA’s National Pesticide Survey, more than 10% of community wells and more than 4% of rural wells in the US contained detectible levels of one or more types of pesticides.

It is in situations and applications where minimizing pollution is desired that biological pest control can prove to be truly beneficial. By relying on natural enemies to kill harmful organisms, farmers can drastically reduce the use of pesticides and its subsequent release into the environment.

When factoring in all of its advantages, biological pest control should deliver long-term benefits. It’scost effective, nurtures plant and animal ecosystems, and helps reduce pollution, making it an attractive alternative or adjunct to traditional pest control methods.

How to Choose the Right Fencing Company?