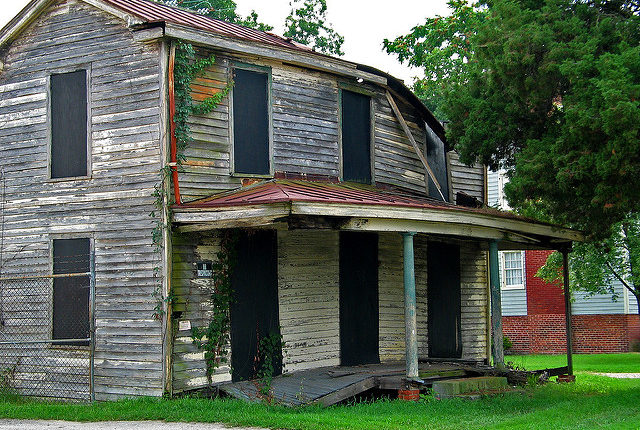 What Does It Mean When a Building Is Condemned?

The simple answer is that a building is condemned when it is not safe for people to be inside it or, in extreme cases, near it. There are many reasons for condemning a building, the issues are not always obvious. That’s why it’s essential to have surveys done before committing to a property. This includes using drone thermal imaging to map the outside and the roof of the building. It can save you a lot of money and hassle.

Interestingly, it is possible to purchase a condemned house. You will get it for a very cheap price and you’ll have to undertake the work to make it safe. Again, that’s why surveys are so important, you need to know what has to be done to make it safe. The building cannot be legally lived in or used until it is deemed safe.

There are several reasons why a building can be condemned:

A building that has been constructed badly or is made with poor quality materials is likely to be condemned. This is because the materials are not capable of supporting the structure, creating a high risk that the building will collapse. This could cause injury or death to anyone in, or near, the building.

Poor build quality generally means corners have been cut during the build process.

Poorly constructed buildings can be damaged by consistent downpours. But, even the best buildings can be affected by earthquakes and other natural disasters, such as tornadoes or flooding. If the building is still standing but there are signs of structural issues, it will likely be condemned.

Old buildings which are left and not looked after are likely to become infested with pests. Rats can damage electrics, while termites can eat the wood. The result is a floor that may not be safe to stand on and a high risk of electric shocks.

This can be enough to condemn the house as it’s not safe to live in it.

There are several health-related problems you’ll come across in a building, but mold is potentially the worst. In particular, black mold. This type of mold can cause respiratory issues and other health concerns. If this represents a danger to human health the building will be condemned.

It’s also possible that the house has been built with substances that are no longer legal, such as asbestos. If it’s not viable to replace all the asbestos the building may need to be condemned.

Equally, if chemicals have been produced in the building or even illegal drugs, it may not be deemed safe to be occupied. That will ensure the building is condemned.

Most buildings can be repaired and saved. But sometimes they have been left for too long and the list of issues means it’s not economically viable to repair the building. In these instances, the house will be condemned. It’s likely that it will be torn down unless someone wants to take it on as a labor of love and accept the financial hit.

How To Solve [Pii_email_c3fe41dc75a83eebfbcf] Error

From a Suitable Base to the Right Post: A Guide to Building the Perfect Fence

Getting Rid of Carpenter Ants in Your Home