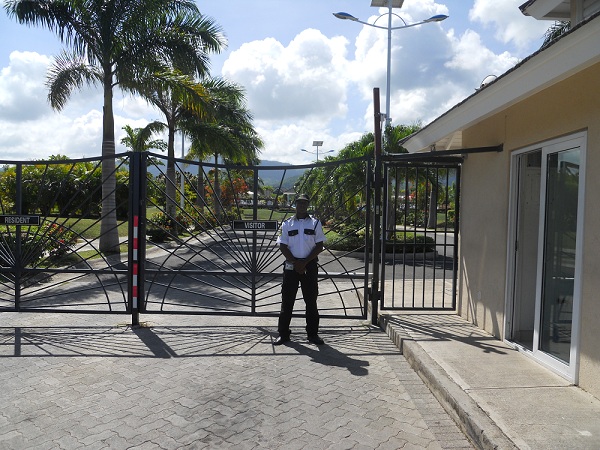 Trying to decide if you want to live in a gated community or a more traditional neighborhood? Both have their pros and cons, so it’s wise to weigh things out before you buy a new house. Below are five of the top reasons people turn to gated communities instead of stand-alone housing.

You need a key–or at least an electronic code–to get through the gate and into the community. This controls the flow of traffic and means people can’t just stroll through on a whim. You and your neighbors are the only ones with the code. You know the people, you all have the same sense of respect for your neighborhood, and you get to feel like part of an exclusive group.

As noted, people have to be let into the gated community, so these do tend to be more secure than traditional neighborhoods. Crimes can be deterred simply by the presence of the gate. Not only do potential criminals have no way to get in, but they also know they’ll have a much harder time getting out, they’ll have to pass by cameras, and they’ll stand out and be recognized once they are inside. Robbing a home in a community like this is simply harder than a traditional home, so criminals may stick to easier options.

Gated communities tend to have a peaceful atmosphere. There is less traffic, so road noise is reduced, and speed limits are low. Homes are spread out and there may be green spaces built right in. Because of the drop in traffic, parents feel better about letting their children run, play and ride their bikes. When the entire area is only occupied by members of the community, people take care of it and respect their neighbors more.

A gated community may also come with a number of amenities that you get to use. These include things like community pools, parks and fields, leaf collection services, snow removal, and more. Some gated communities are adjacent to golf courses. These amenities are a huge draw, especially for people who know they can’t afford enough land to put in pools and other such things on their own. These amenities raise property values and make it so that people have to leave the neighborhood less often. Finally, people tend to love the privacy that a gated community provides. You don’t have any outside traffic driving down the roads, you know only homeowners can enter the area, and you recognize most of the people that you see. This creates a sense of safety that can be hard to find outside of the area. People really do get to know one another and they feel like they’re all part of this great community that they all care about. In traditional neighborhoods, people think more about their own lot and yard, their own land, but all of the land feels relatively private in a gated community, so people have a greater sense of ownership for the entire development.

The greener guide to garden clearance

What Materials Could Increase the Cost of a New Roof?

How to boost your home’s value through its yard

3 Key Practices for Keeping Your Pond Healthy and Beautiful