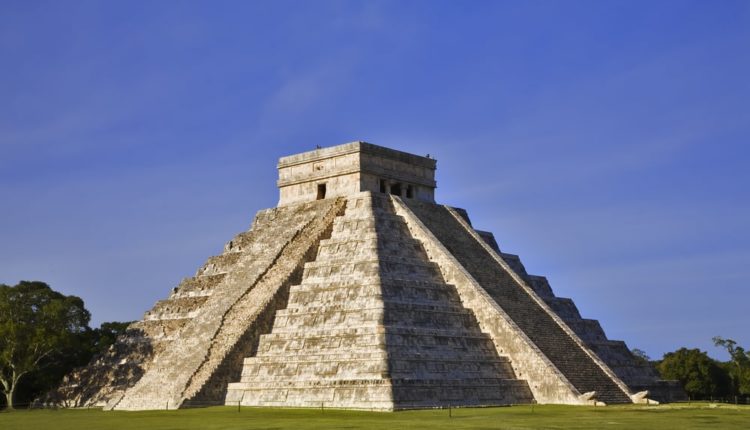 Have Staircases Always Been Part of Human Architecture?

We human beings are capable of designing and building some beautiful structures. For example, consider a grand central staircase just inside the front door of an equally grand Victorian mansion. Imagine granite stairs accented by a rich red carpet and a balustrade featuring iron spindles and rich, mahogany newel posts.

Seeing such a beautiful staircase might cause one to wonder of the history of this magnificent architectural element. Have staircases always been part of the human architecture? And if not, when did they first grace the scene? The answers are more obscure than you might think.

If you use the terms interchangeably, no worries. Atlanta-based Iron Spindle says you could refer to a set of stairs as a staircase and everyone would still know what you meant. Having said all that, it is likely that the first staircases ever observed were created by nature.

Natural slopes, buffeted by wind and rain, can form natural staircases all on their own. You can see these natural staircases in mountainous regions around the world. As for those designed and built by human beings, no one really knows how early our species began building them.

Some of the earliest examples of staircases date back to the Assyrian ziggurats of the eighth century BC. Ziggurats are essentially stepped pyramids whose design creates a natural staircase on all sides. Fast-forward to the sixth century BC and you have Persian palaces with built-in staircases.

The Persians were especially adept at building staircases complete with massive stairs that were often adorned with precious metals and intricate artwork. Meanwhile, the future Roman empire would introduce vaulted staircases enclosed by walls to serve their theatres and palaces.

Our modern staircases are rooted in Renaissance designs featuring plenty of wrought iron artwork. For the last several hundred years, humankind has attempted to walk that fine line between functional stairs and architectural works of art. We have done pretty well by all accounts.

The thing to remember about staircases is that they really are an exercise in physics. Stairs support the function of moving a person from one level to the next. For example, the laws of physics dictate that in order to ascend from a lower level to a higher one, energy must be expended in an upward motion. That sounds simple in principle but try jumping from the first floor of your home to the second.

Stairs allow for the gradual transfer of energy that helps you make the transition rather effortlessly. If you can do that on a staircase that is elegant and beautiful, good for you. But if not, functional and ugly is better than jumping.

It is quite possible that staircases have been part of human architecture since humankind first had the ability to build on multiple levels. We are talking thousands upon thousands of years. In all that time, staircases have changed little in their function.

How about you? Do you have a favourite staircase?

Some staircases are ornate architectural elements with wrought iron spindles and hand-carved handrails. Others sport a more utilitarian look that reminds you of military barracks or an old prison. Either way, staircases get you where you are going!

How to Choose the Best Look for Your Bedroom?

Benefits Of Sealants For Block Paving You Should Know About

How to find temporary housing when relocating