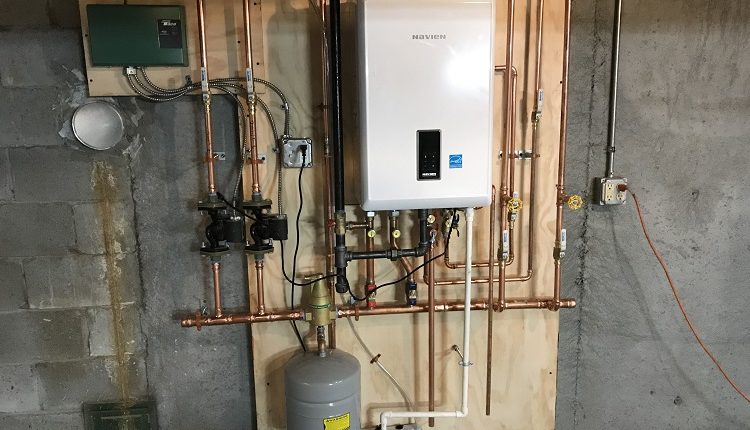 Combi Boiler or Conventional Boiler. Which Should I Choose?

A combi boiler is a dual hot water and central heating device which draws water directly from the mains. This means that no hot or cold water cylinders are necessary. Contrastingly, conventional boilers use water from tanks and cylinders to heat a certain amount of hot water.

There’s no right or wrong answer when choosing which to go for. It’s more about which type of boiler suits you best. We look at both types to help you decide.

Cannot cope with high water demand. Combi boilers draw water straight from the mains, so aren’t suitable for high demand households. In this situation, a conventional boiler would be more appropriate, which features a backup tank.

Sophisticated electronics mean higher repair bills. Combi boilers contain complex chips and electrical devices to function. If these break, the repair bill is likely to be more expensive than a conventional boiler. Combi boilers also require more amounts of labour, and, considering most heating engineers work on an hourly rate, this will hike up the bill considerably.

Poorer water rate. As already mentioned, combi boilers draw water directly from the mains rather than in a separate water tank like a conventional boiler. For you, this means more time needed to fill a bath compared to a traditional boiler.

Loss of hot water and heating if it malfunctions. A combi boiler powers both central heating and hot water which means that if it breaks down, you’ll have no hot water or heat. Conventional boilers only power central heating while separate boilers provide hot water. Therefore, you’ll only experience either an outage of heating or hot water.

Take up less space. Combi boilers are much smaller than conventional ones and don’t share hot water, unlike a regular boiler. They save space because they don’t use hot water or storage tanks in places like airing cupboards or lofts. Instead, they draw water directly from the mains. They’re also easier to install for this reason, and because no cold water storage tank is necessary, there’s less risk of pipes freezing.

Highly efficient. Combi boilers cost less to heat your home than conventional boilers because they only heat the water you need. In fact, they’re around 90% more efficient.

No waiting for hot water. Unlike a conventional boiler, you don’t have to wait for your water to heat up as combi boilers heat it on demand. Therefore, if many occupants need to use the bathroom, they’re much more convenient. There’s also no risk of hot water running out.

Cheaper to run. Combi boilers heat water in smaller amounts so save money compared to conventional boilers which heat a large amount of water for both the central heating and hot water. Having to heat an entire cylinder of water to wash the dishes can be wasteful.

Choosing the Right Boiler for You

Combi boilers are more efficient and affordable than conventional boilers because they heat water ‘on-demand’ rather than in a separate storage tank. Additionally, members of your household won’t have to wait for hot water. Because no storage tanks are needed, less room is taken up in lofts or airing cupboards. Combi boilers are also easier to install than conventional ones.

Choose a conventional boiler when you have a high demand for hot water in your household. It’s quicker to fill up a bath because the water comes from a large tank of heated water. And if your boiler happens to break down, it’ll probably be cheaper to fix than a combi. Another significant advantage of a conventional boiler is that if it breaks down, you’ll still be able to access either hot water or heating. This isn’t the case for combi boilers as they only heat water on demand. If you need any advive then The Yorkshire Boiler Company can help you decide which installation is best for you.

Tips for Choosing the best BBQ Grill for your Outdoor Kitchen

How Will Construction Industry Emerge Post-Pandemic?