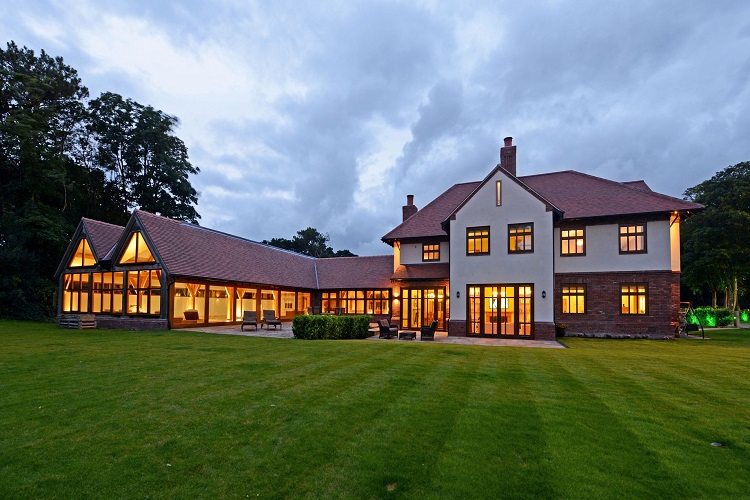 Chandeliers And Shaggy Rugs – The Most Beautiful Homes In The UK

Everyone dreams of living in a sprawling mansion or a luxurious country estate. There are hundreds of splendid homes around the United Kingdom which need to be seen to be believed. These houses belong to the likes of royalty, film stars and sports people. Read this guide about the ten most luxurious homes in the United Kingdom, which explains why these houses will take your breath away in an instant. Buckingham Palace is the most famous residence of the Royal family and is perhaps the most famous house in the whole of the United Kingdom. There are an impressive 775 rooms in the palace, and each one is designed to be as comfortable and luxurious as possible. There are 52 bedrooms, 19 state rooms for functions and 78 bathrooms. Whilst this is an iconic building, the Queen spends most of her time living in her other houses around the United Kingdom. Still, millions of tourists line up at the gates every year in the hope that they will catch a glimpse of her or the rest of her family. Why not pay a visit today?

There is a wide range of different carpets in the building, with each one designed to give the palace as much style as possible. My Rug Store sells carpets which are fit for a palace.

Peplow Hall is situated in Shropshire and is listed for £3 million on today’s property market. This 18th century home is a staggering 11,600 square feet and is equipped with a swimming pool and a tennis court.

Blenheim Palace is one of the Queen’s residences, and it is famous for being the birthplace of the United Kingdom’s most famous Prime Minister Winston Churchill. It functions as a family home, a museum and a World Heritage site.

This castle in North Yorkshire is most famous for being the setting of the television drama Brideshead Revisited. This is a Grade 1 listed building, with spacious rooms, high ceilings and soft shaggy rugs. Castle Howard also has extensive gardens which can be enjoyed by visitors.

This is another country house which boasts hundreds of rooms and has extensive gardens. Rooms are decked out with chandeliers and expensive paintings. It is famous for its safari park, which is claimed to be the first one outside of Africa.

Chatsworth is the home of the Duke of Devonshire and his family. The house is open to visitors, and thousands of people flock there every year to marvel at the beautifully designed furniture, the exquisite carpets and the fine paintings on the walls.

Hardwick Hall is home to an impressive amount of embroideries which can be enjoyed by members of the general public. The vast rooms and extensive gardens make this one of the most luxurious homes in the UK.

Hopefully, you enjoyed this guide to the most luxurious houses in the UK.

8 Reasons Why Building a Granny Flat Makes a Good Investment

Who Can Keep Your Garden in Good Condition?