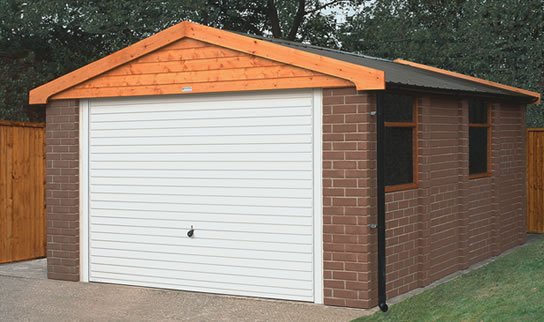 The simple garage has been around for longer than you might think, and has a surprisingly interesting history. Think about all the possible uses for the concrete garage, all the items that can be stored inside and how it positively influences your life. In recent years the purpose of the concrete garage has changed, now more home owners are only using the garage for storing items such as garden furniture. Many are developing their garages into additional rooms such as a home office.An unassuming part of your home, over the many years since the concrete garage was invented, it has developed in shape style and design.

Deriving from the French verb to shelter, ‘garer’ and was first recorded in the English language in 1902. At the time of the ‘motor’ car being manufactured, owners were having to find a sheltered place to store them, many converting coach houses or stables. At this time cars would have been exceedingly expensive, therefore only the wealthy pioneer motorists would have had the funds available to build a purpose built garage for their car. In the excitement of constructing a new build, early garage designs were Tudor inspired with a somewhat exciting flair. Twenty years on, motor cars had become more affordable to the middle classes, and so a new market of garages was engineered. Unlike the first garage buildings the one’s built in the 1920’s where more discreet, usually storing one car only and taking more consideration into the drive way and access to the garage.

As garage designers began to put more thought into the functionality of the garage, by 1930 new semi-detached houses were being built with small, narrow garages attached to the main house. Perfectly sized for narrow Austin and Hillman cars, that were practical and affordable.

However, issues arosein the 1950’s as cars became very affordable and not every house came with a ready built garage to store the car in. As the number of car ownersincreased so did the demand for a garage that was cheap, easily constructedand secure. These garages were typically constructed from asbestos sheets, timber or corrugated steel. However, they were designed for quick assembly at the lowest cost, not for longevity and therefore would need replacing after a few years.

It didn’t take long for demand of a sturdier and permanent structure to increase, and so the first concrete kit garages from Marley became available in 1952. The popularity of theseconcrete garages took off immediately as they were cost affective, lasted many years and protected the car well.

With concrete garages now strong and long lasting, architects in the 60’s were able to design and build garages attached to, or part of the house, such as the bottom floor in a town house.

Today the modern concrete garage is available in a wide range and customisable to fit in with the owner’s life style and needs.

Buy the best water machine from the best company

7 Maintenance Tips to Keep Your Home in Good Shape

Finding the Right Person to Design Your House Plans

Getting Professional Help for Pest Control – Is it Worth the Money?

Why Hire a Restoration Services Company