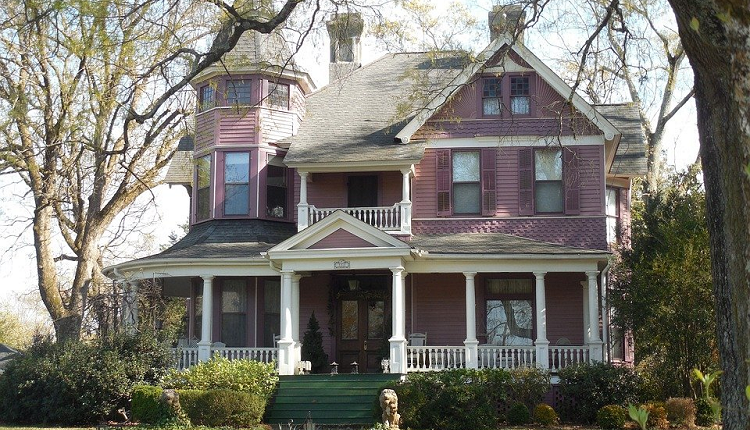 Have you ever wondered about the story your house tells? Beyond the memories you and your family have formed within its confines, did you ever dream of the history of your home?

The house where you have planted your roots has its own, and it can be richer than you ever expected.

You might scoff and wonder where the value lies in finding out the architectural style of your house, but it exists. Its style has a history, and that has a monetary worth that goes along with it.

The design of your home is something you might think about if you are looking to buy a new one or build from the ground up.

Likewise, it is a great idea to research if you decide to expand on your current building. One of the best ways to determine what to do with your home is by consulting professionals.

You can quickly find a good company by using keywords such as “home builder Newcastle”. After all, you do not want the story your home tells to be muddled up.

To get you started, here are some classic architectural home designs you can find in Australia.

This home-style was popular between 1840-1901, with three distinct periods in that same timeframe. As time went by, they upgraded from typical one-floor affairs to grandly detailed buildings.

Victorian houses are made of brick, with a verandah out front, pitched roof, and minimal fretwork.

Its evolution came to include more intricate and ornate-style decorations, such as embellished mouldings and ceilings and cast-iron lacework.

This architectural style is frequently seen in Melbourne.

Do not be confused by its two names because they both refer to the same style. It was popular from 1895 until 1915, which was the Federation era of Australia.

Alternatively, you can refer to it as named after King Edward. If you like red brick exteriors, bay windows, stained glass, return verandahs, tessellated tiles, pressed-metal ceilings, and more, you might enjoy an Edwardian home.

This style is distinctly more local in flavour as it tends to use motifs like kangaroos and emus in its asymmetrical pointed roofs.

This 1920’s era house follows the style of the Americans. Unsurprisingly, this design mimics Californian tastes, as people thought that it promoted frugality and convenience.

These homes also have verandahs, but ones that are held up by signature brick columns. Unlike its American counterparts, Australian Californian bungalows use brick instead of wood.

You can identify this one-story home by its low-pitched gabled roof, typically tiled with concrete and terracotta.

The windows are also eye-catching, as they are double hung with the timber sometimes decorated with leadlight.

Moving on to the ’20s and ’30s, we have the iconic art deco homes. This architectural style stands out with its decorative brickwork, curved facades, metal-framed windows, geometric elements and chevron patterns, timber-veneer wall panelling, parquet floors, built-in joinery, and mottled tiles.

You will find its tiles whimsically coloured in fun and light hues such as mint, lemon, pink, and blue while contrasted by black.

You can easily find this style in the suburbs of every city. Otherwise, look at the Minerva Theatre or the Hayden Orpheum Picture Palace.

This Queensland trend was all the rage in the 1840s. With its unique timber and corrugated iron, it is amazingly durable and practical.

It managed to survive until modern times thanks to its ability to endure moist climates and adaptability.

No worries about misidentifying this style of home as these houses are a cut above the rest. Such homes are raised from the ground using vertical stems.

The Mid-Century Modern style or post-WWII style of architecture experienced a massive boom in the 1950s until the 1960s.

This trend persists until this day, with many houses constructed following this design. These homes let in the light through large expanses of glass, with an open plan that promotes an airy feel.

Cross ventilation is a common theme, along with a bond with nature. These homes are simpler and cleaner than those that came before, using limited materials such as brick, timber, metal, glass, tiles and patterned laminate.

How to find the right elevator smoke curtain installers

The Recent Trend in Home Interior Designing- The Barn Doors